A 25-year-old mum who now uses “she” and “her” pronouns for her prospective trans-daughter who is awaiting a doctor’s appointment to change his gender, has narrated how he tried to cut off his penis at the age of 3.

Jess Bratton said the shocking incident happened five years ago and made her realise how her doll-loving son Logan wasn’t going through an experimental phase, but instead identified as a female and was trying to be his true self. 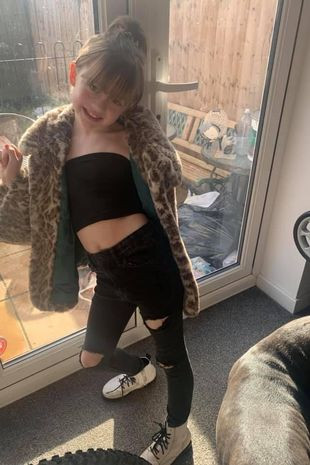 Revealing that her son, Logan had always had an interest in girls’ clothes and make up, and had always been keen to see how her and his younger sister dressed, the mother of two further disclosed that after seeing him trying to cut off his penis with some scissors, she decided to look into the possibility that her child was trans.

“I was in the kitchen making dinner, with my back to Logan’s bedroom door. She was chattering away to her dolls but suddenly went silent.

“I shouted her name and got no response, so seconds later I went into her room and caught her sitting on the bed with her trousers down, holding a pair of scissors to her bits.

“I gasped loudly, which made her jump, and quickly took the scissors off her.

“Then I just held her in my arms and we both cried.

“Afterwards I explained that cutting herself would really hurt and that because she wanted to do something so drastic, we would have to talk to a doctor.

“That day made me realise the severity of the situation. It wasn’t just a phase; my little boy really did want to be a girl.” 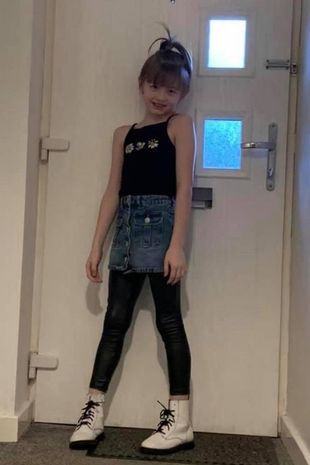 The mum also revealed that she couldn’t bear to see Logan unhappy and knew things would have to change.

ALSO READ:  “My husband will enjoy me” – Bobrisky says as he shares new adorable photos online

She approached her family GP in Stoke-on-Trent, Staffordshire, to explain the scissors episode and that Logan no longer wanted to wear boys’ clothes. The doctor suggested that Logan’s yearning to be a girl could still be a phase, but said he was too young for counselling.

“My GP said there wasn’t really anything we could do but requested I keep a close eye on Logan in the meantime.

“Before this, I had tried to encourage Logan to dress in boys’ clothing and play with boys’ toys, but after the scare I decided to welcome her wish to change.”

Not long before the incident, Jess had given birth to her youngest child Lylah, now six, with Logan doting on his little sister from the start. 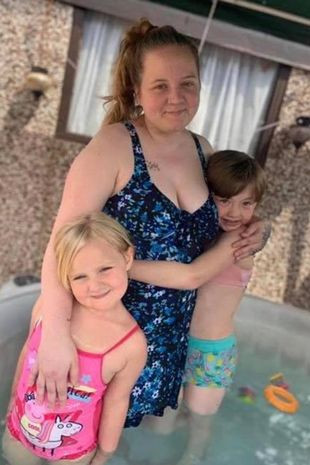 Logan soon began wearing more cropped tops and dresses, rather than the boys’ clothes she had been dressed in before.

Jess who is a healthcare assistant for residents with mental health and dementia, said;

“When Logan was just one, she was wearing tea towels on her head, wishing for long hair.

“As soon as she was old enough, she started asking to do my hair and make-up. She was just so interested in me – as well as her sister when she was born.

“As Lylah got older, the pair of them became more like sisters than brother and sister, and Logan’s desire to be a girl never went away. In fact, it only got stronger.

“When Logan was six, she started talking about having a sex change.

“She told me she didn’t want her bits and kept saying she wanted a ‘Mary’ like me and her sister! I told her that when she was a little older, the doctors would be able to help her.” 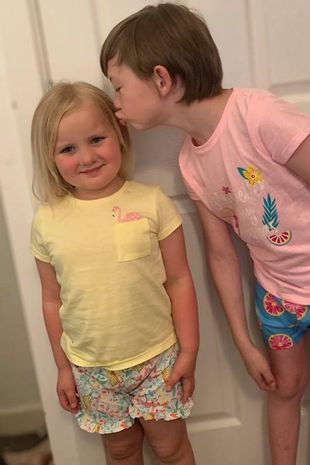 Jess who is separated from Logan’s father, is relieved that the reaction from family and friends has been positive.

“Logan has a strong support network and luckily, has only had good things said to her.

“At the beginning there was the odd person telling me to ‘nip it in the bud’ and to stop her wearing girls’ clothes, but I wasn’t too worried.

“I knew it was normal for kids to try new things or experiment.

“There were times when I really tried to get her to be a boy, encouraging her to play football with other boys at the park, but she refused.

“She wouldn’t even entertain it and still won’t – and I don’t want to force her.”

Mirror reported that on the 8th March during UK’s third lockdown, Jess made the brave decision to allow Logan to return to school wearing a girls’ uniform.

“While she couldn’t stop smiling, I was a nervous wreck! I was so worried about her getting bullied.

“I spoke to a few parents from the school and Logan’s teacher about it beforehand, and they were all so positive.

“Thankfully, the school has been so supportive. Logan’s teacher has also shown her class a YouTube video about being transgender and her friends think she’s cooler because of it.”

After repeated requests to have her sex changed, Logan and her mum are now waiting for an appointment at the Gender Identity Development Service (GIDS) in London.

Jess also admitted that that being the parent of a transgender child can be lonely and now wants to share her experience to help other parents who may be at a loss.