The President of Nigeria Muhammadu Buhari released his second-term achievements

It listed 35 policies, programmes and projects including the controversial Companies and Allied Matters Act, CAMA.

Also listed as an achievement by the President is the 774,000 nationwide menial job creation and increment of National Youth Service Corps, NYSC, allowance.

The Presidency shared the President’s accomplishments in a statement via its Twitter handle, @NGRPresident, on Friday.

Buhari had on August 7 signed into law, the Companies and Allied Matters Bill, 2020. The bill which has been passed by the National Assembly replaced the 1990 CAMA.

The Christians Association of Nigeria (CAN), had also described it as satanic, demanding that the president should stop the implementation of “the obnoxious and ungodly law until the religious institutions are exempted from it.” 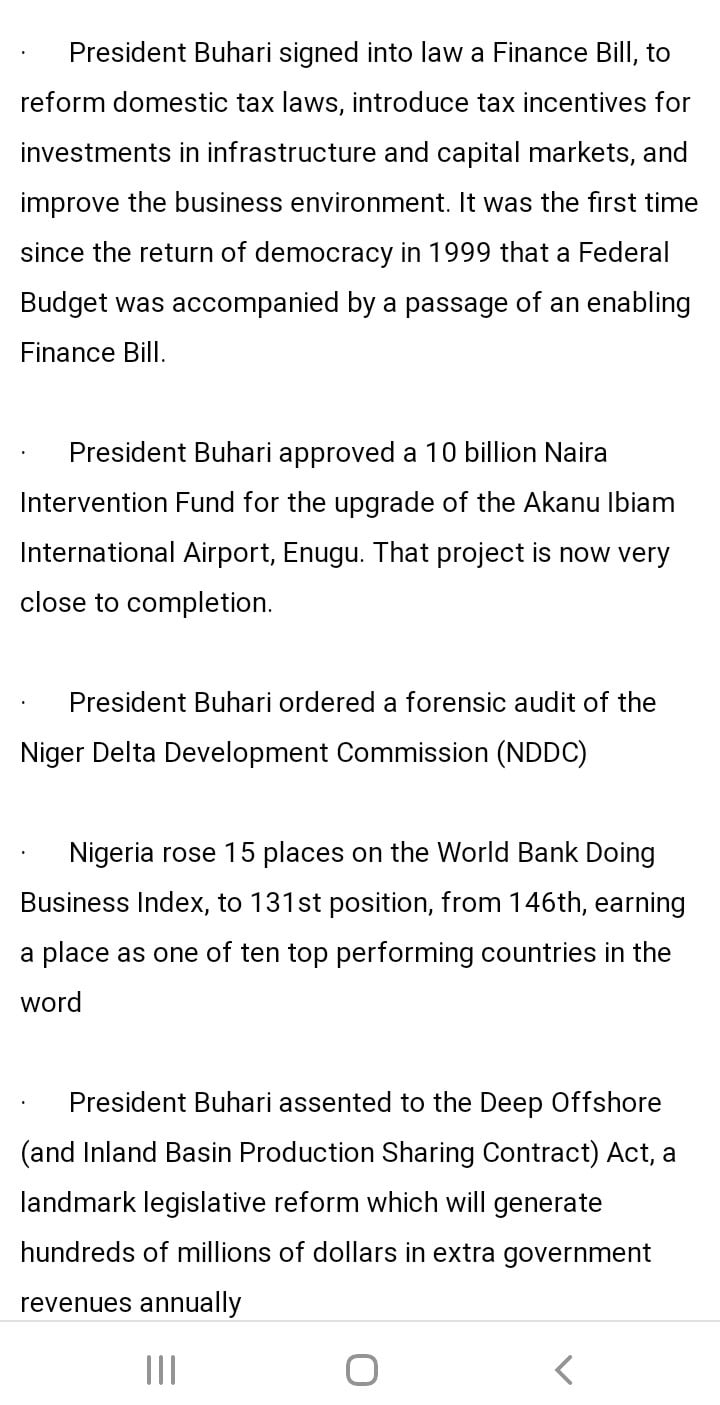 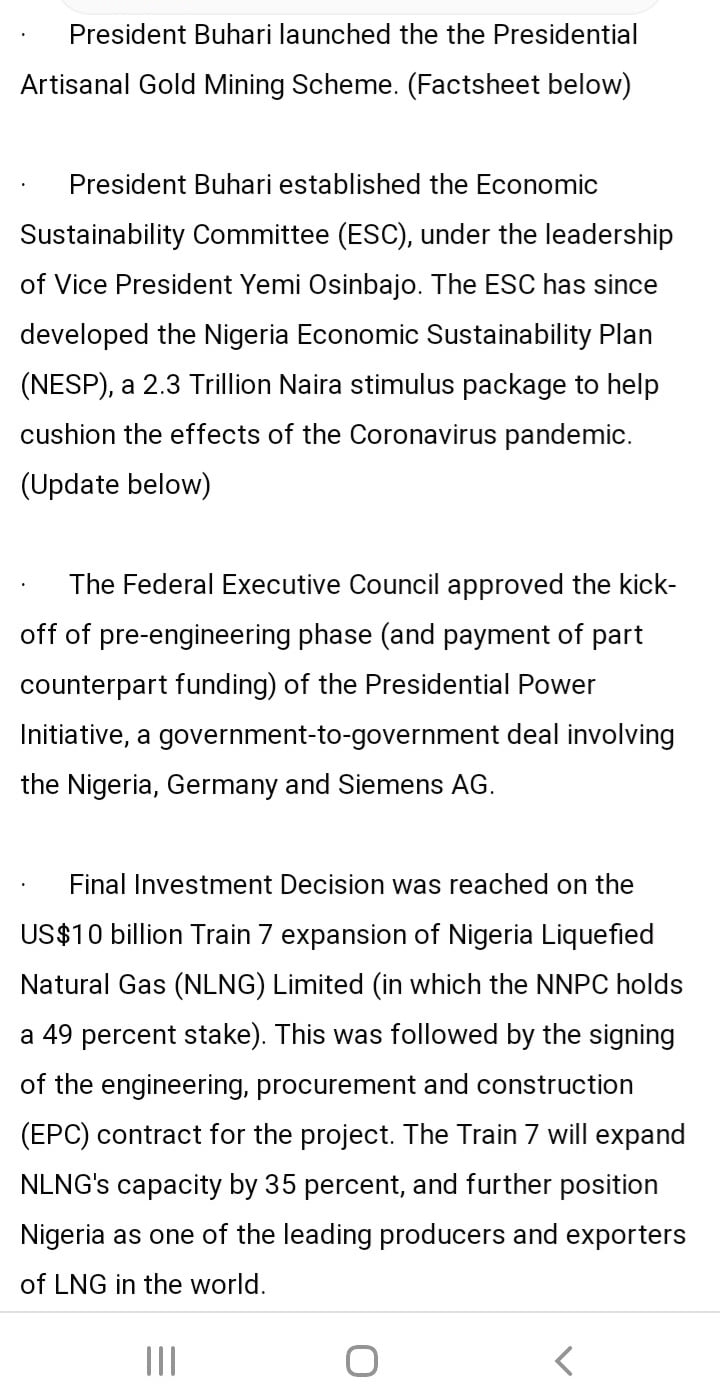 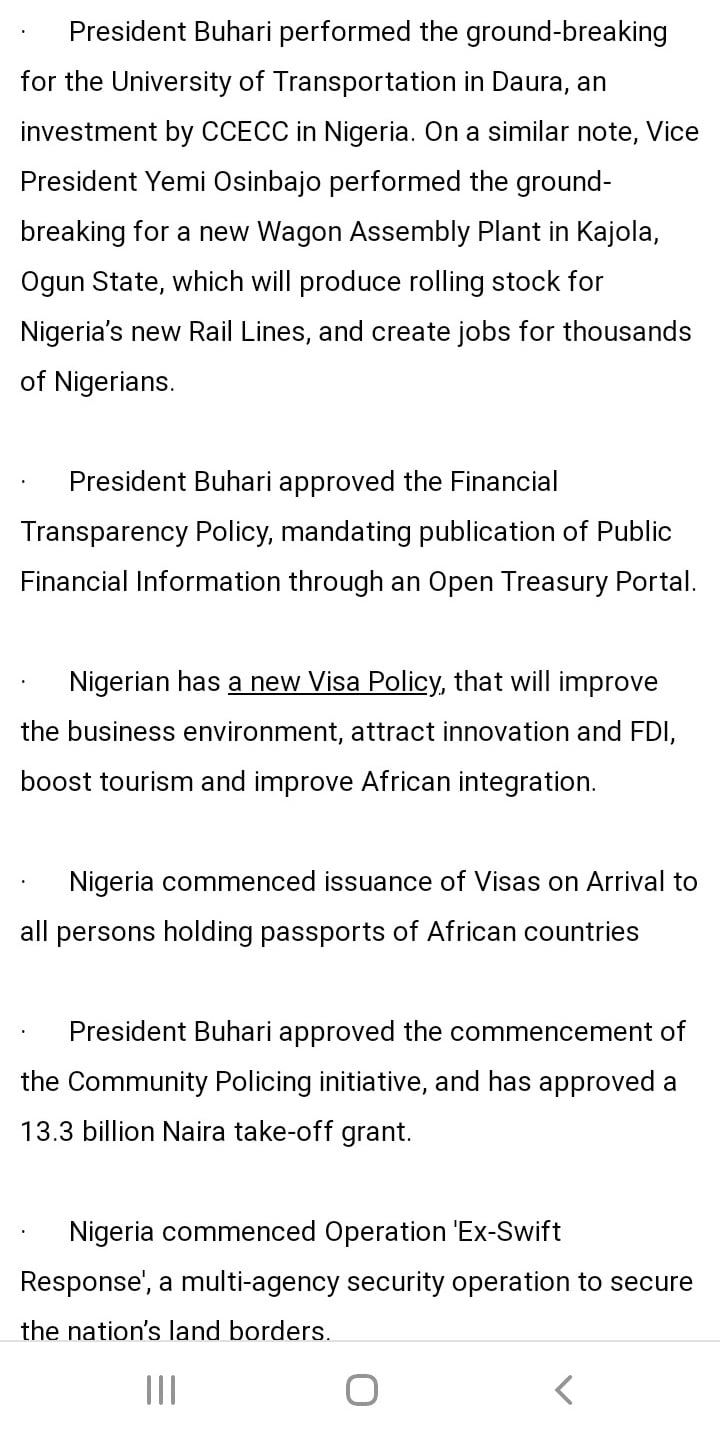 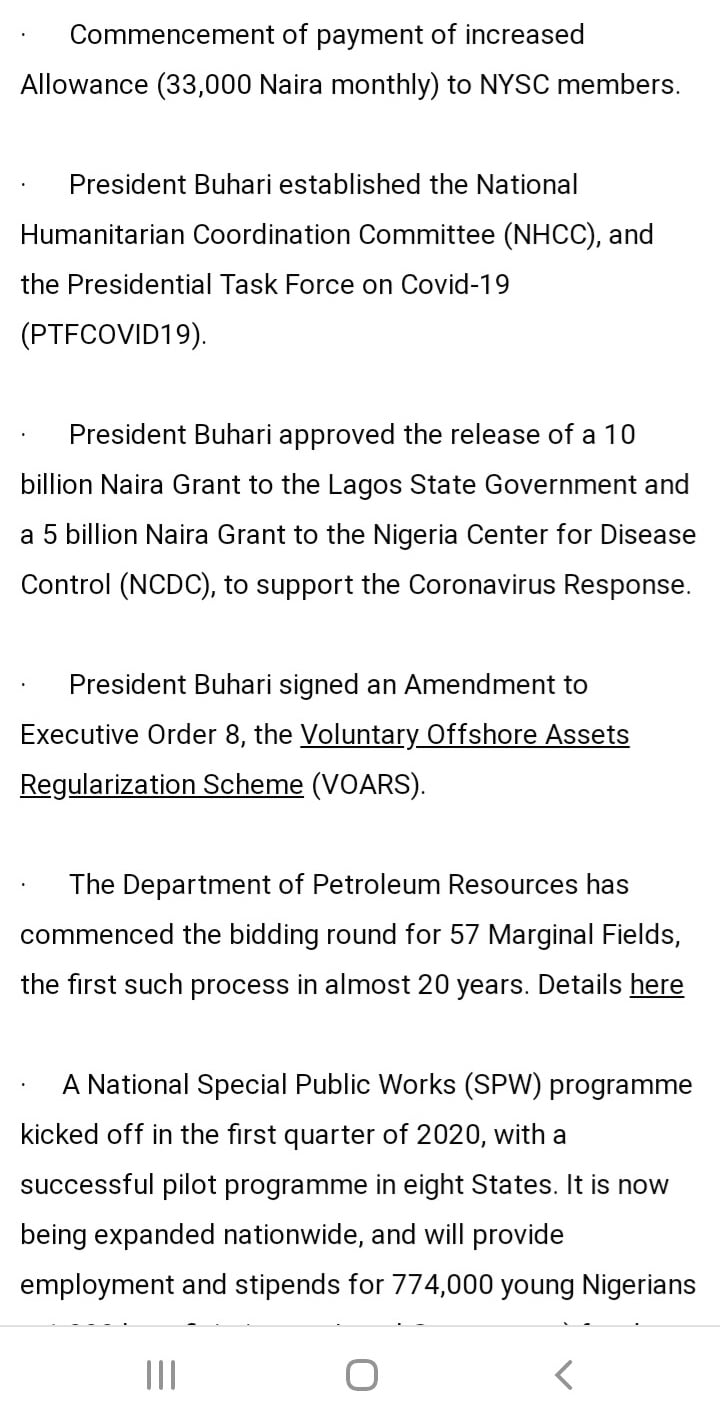 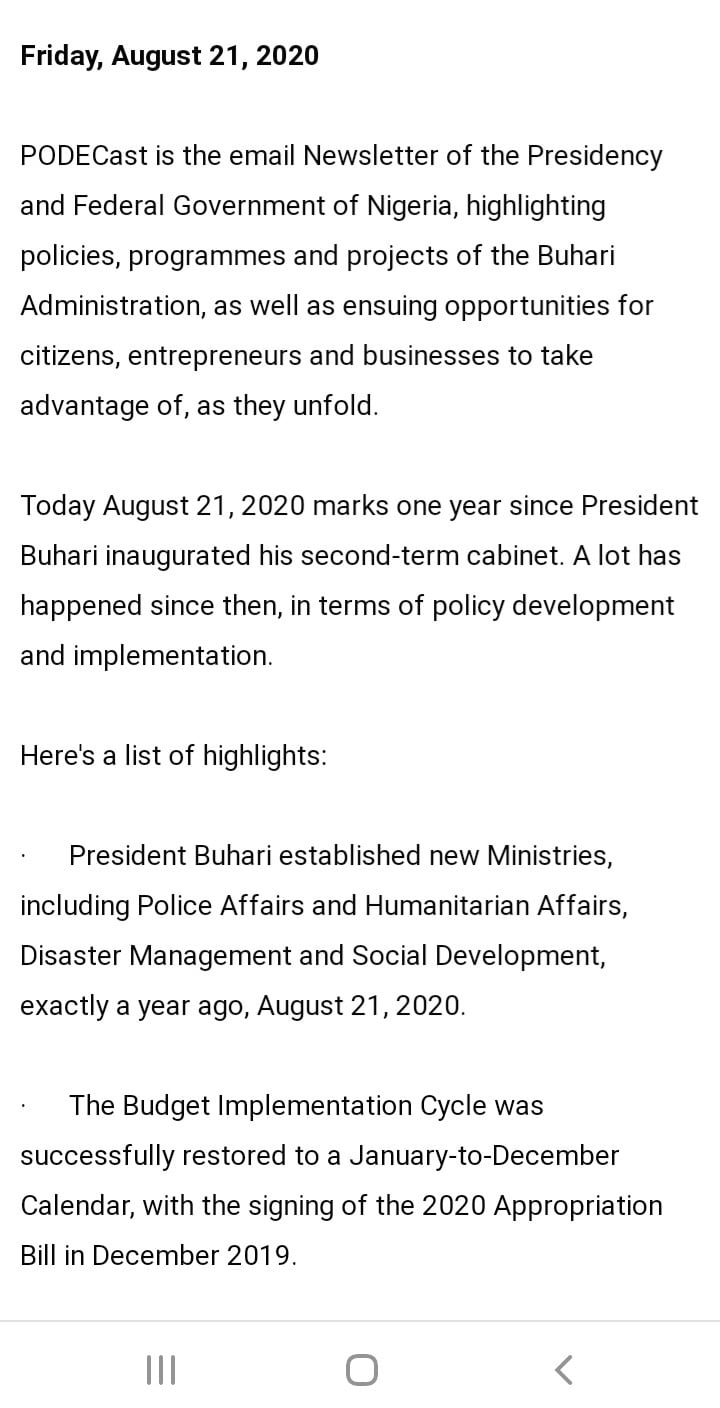 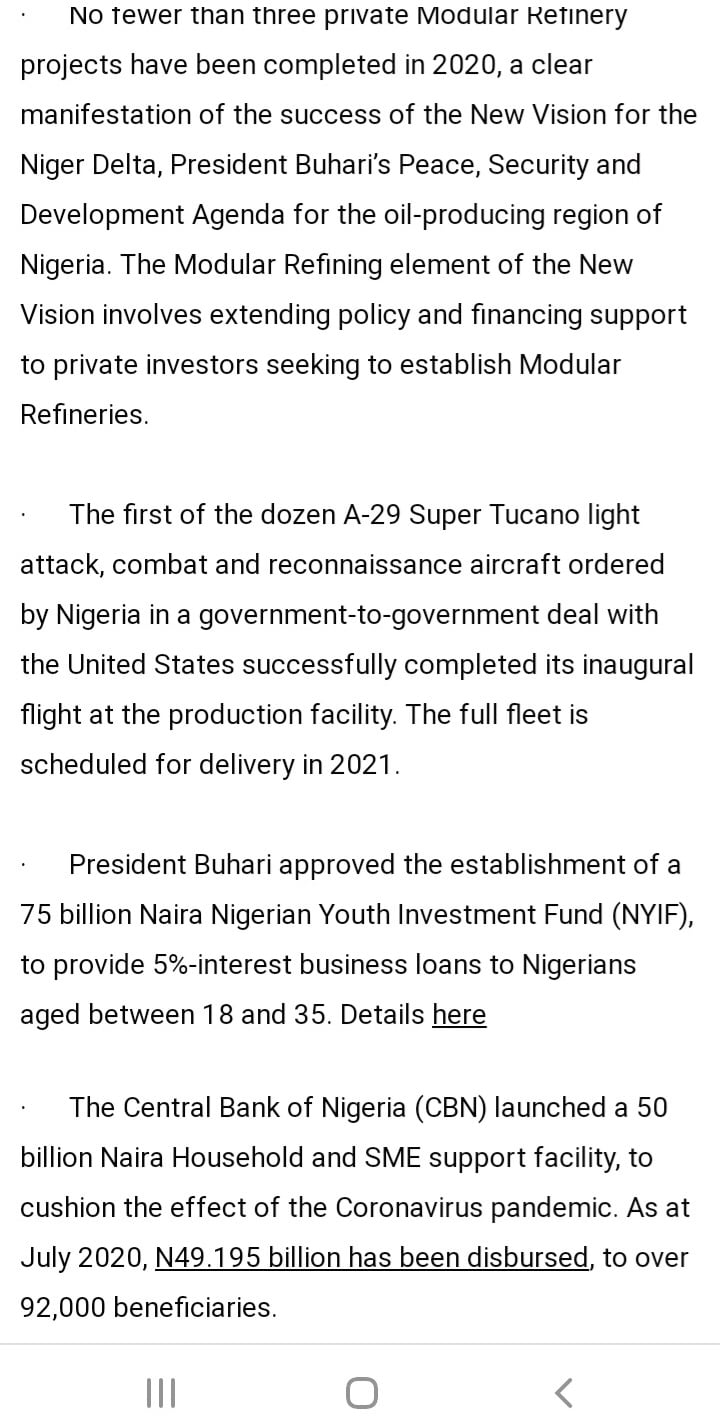 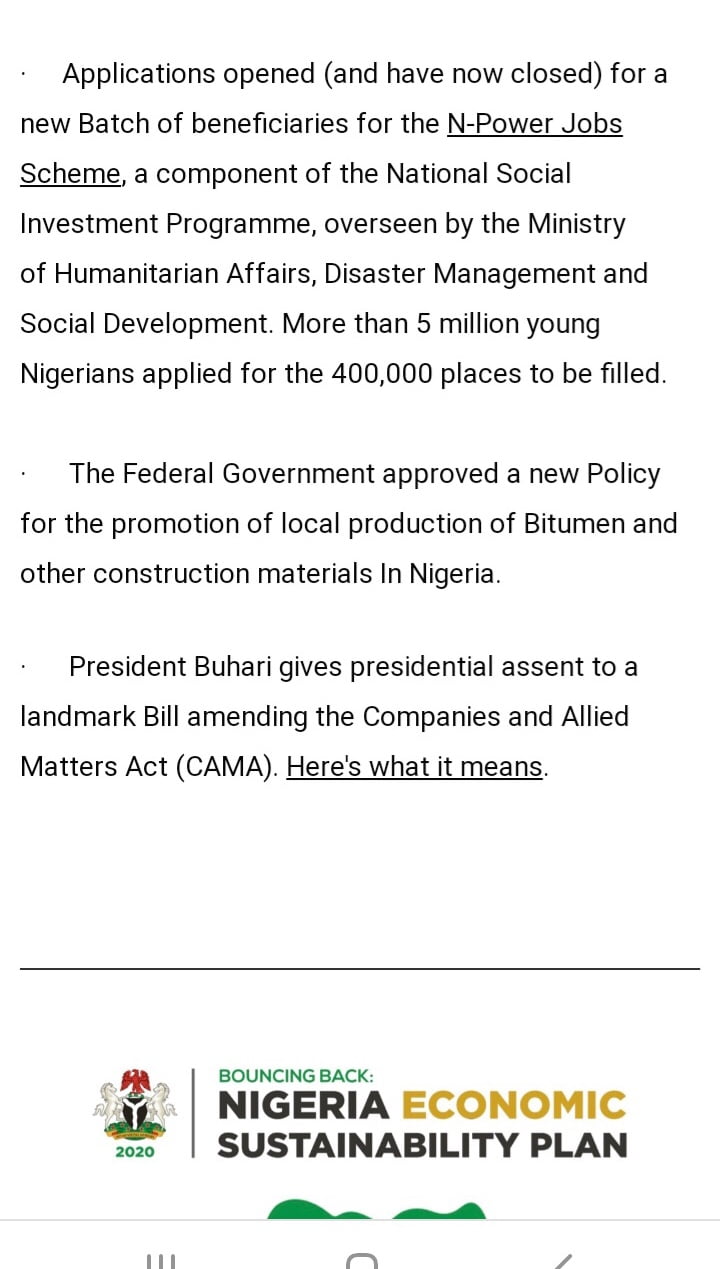