Lil Nas X has released “maternity” photos while announcing he is “pregnant” with his album, Montero.

The gay singer, who got people talking when he released the unusual video for his song Montero, took to Instagram to share photos of him posing with a swollen belly. 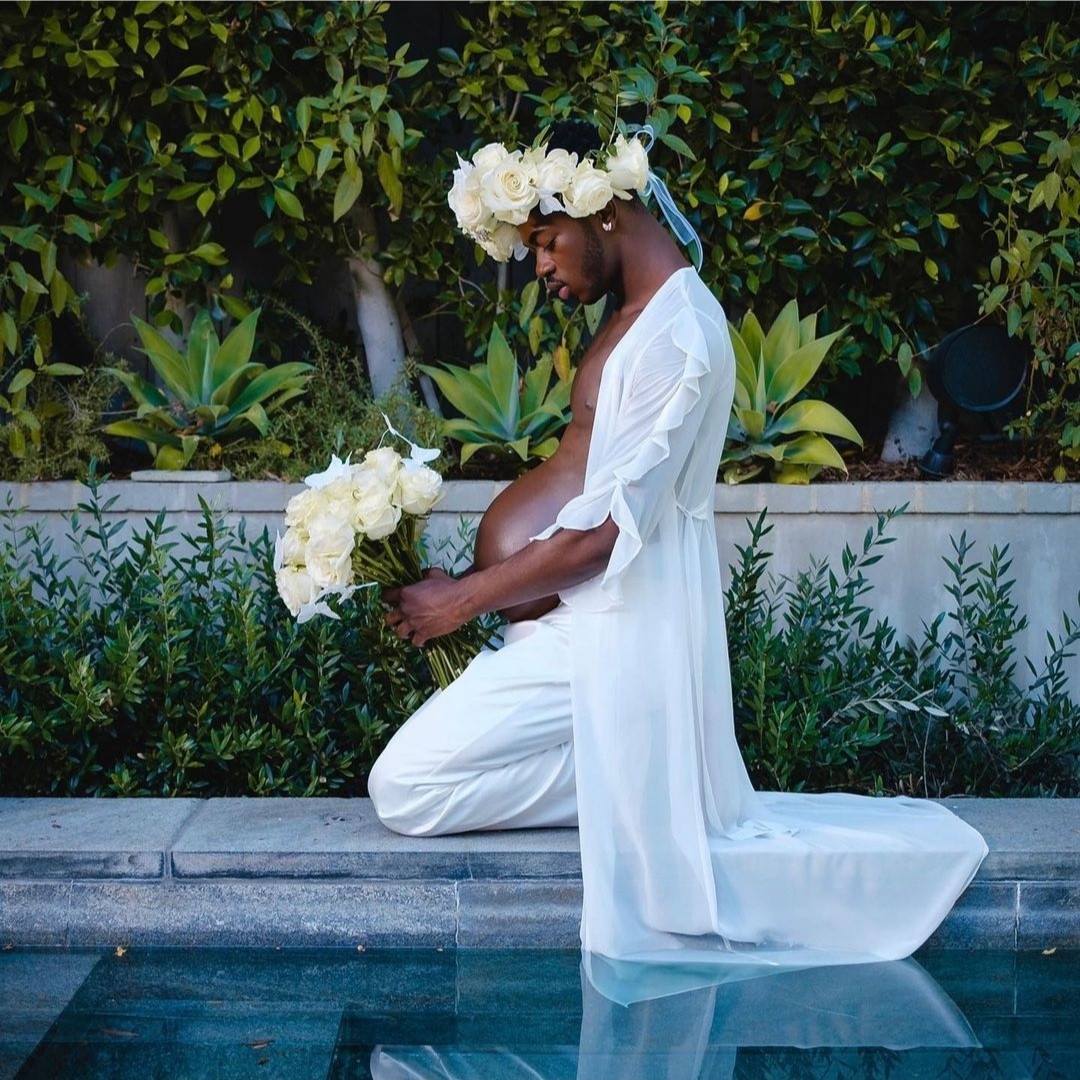 He’s also seen wearing a robe, a flower crown, and a bouquet of flowers in his hand.

He then shared what looks like a sonogram and added in the caption that he’s pregnant with his album. 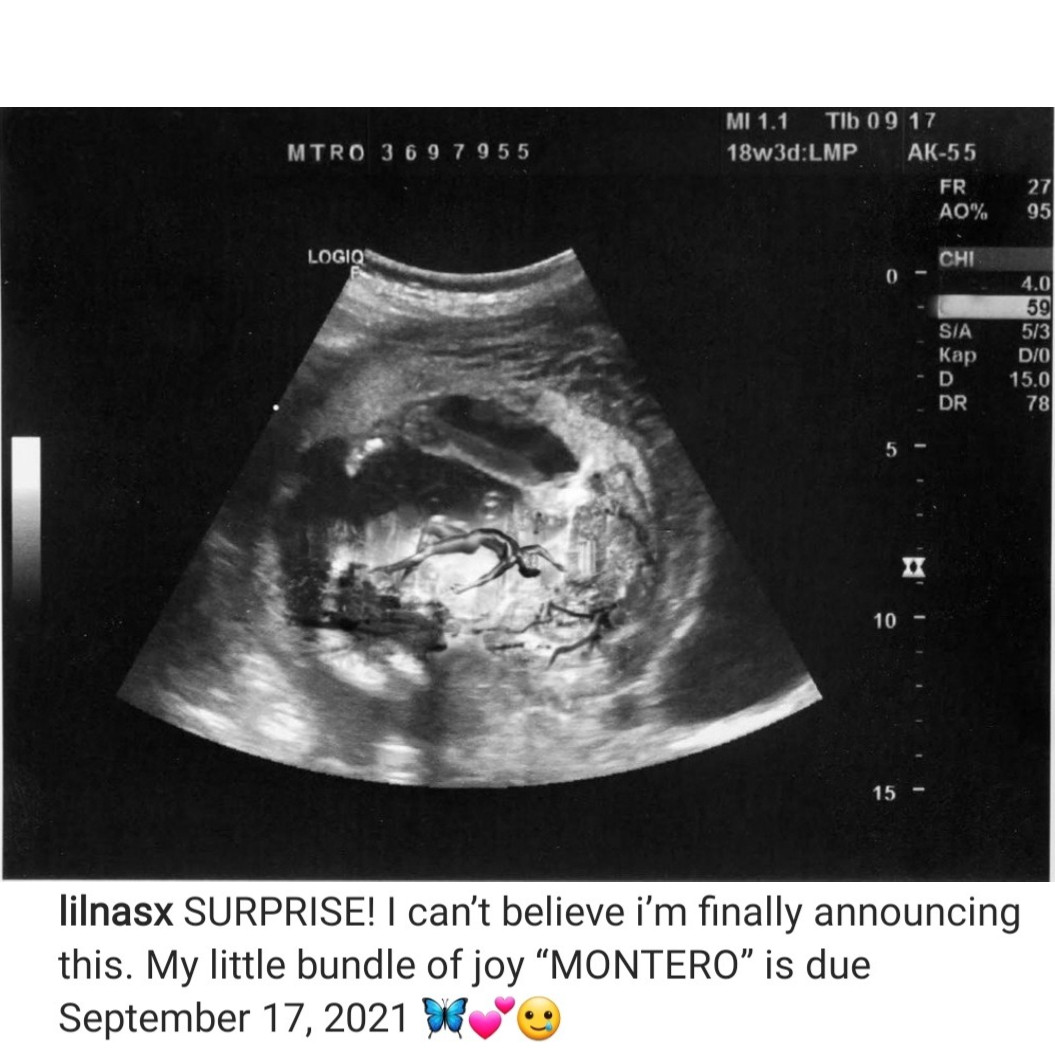 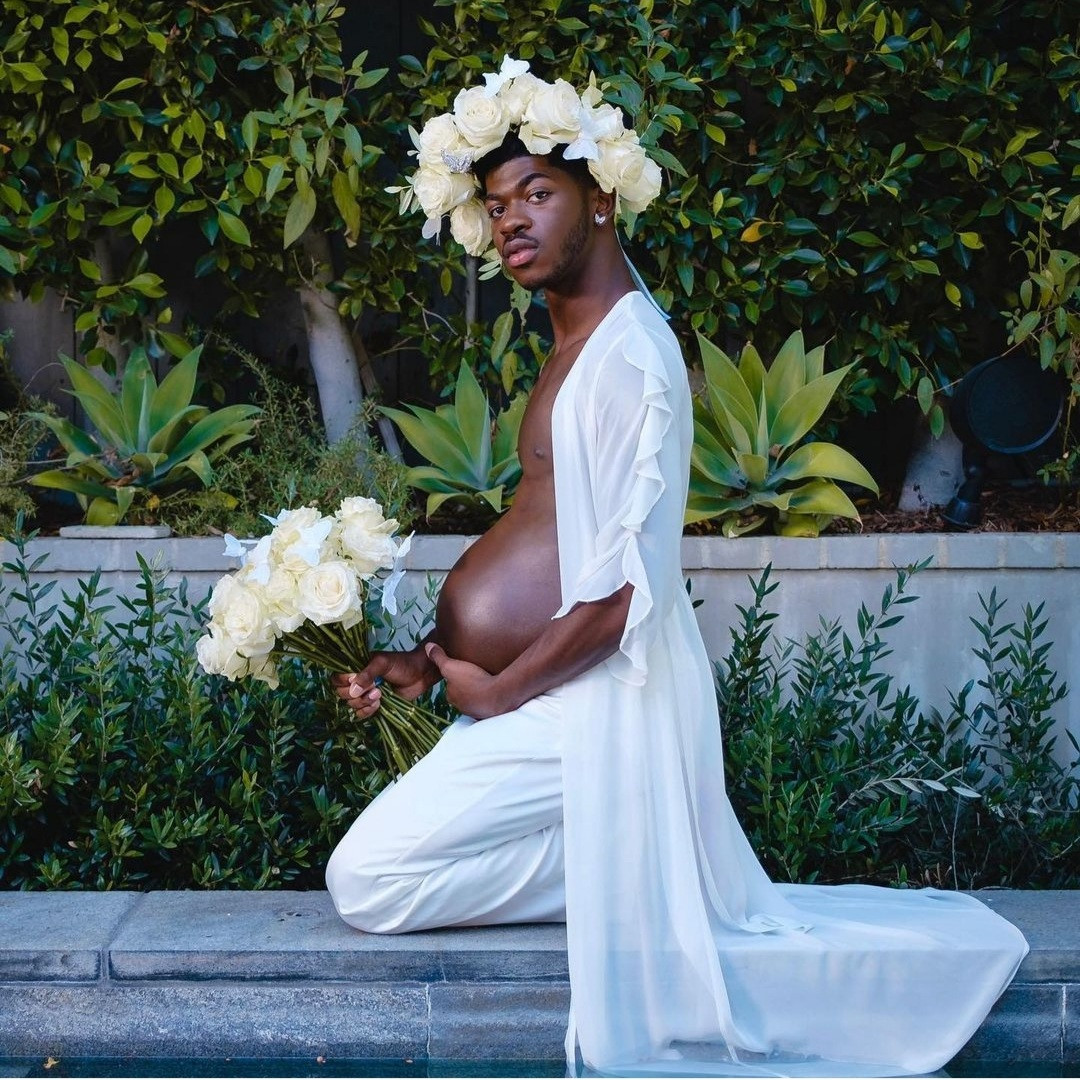