Kanye West has claimed that Universal Music Group released his new album “Donda” without his approval.

The rappee took to Instagram on Sunday, August 29, hours after his Donda Album was finally released, to write: “UNIVERSAL PUT MY ALBUM OUT WITHOUT MY APPROVAL AND THEY BLOCKED JAIL 2 FROM BEING ON THE ALBUM.”

His mention of “JAIL 2” refers to the album’s 24th track, “Jail Pt 2”. The song was initially unavailable to stream when the album was first released on Sunday, August 29. However, later in the day, the song became available.

In a now-deleted Instagram post from early Sunday, Kanye West shared screenshots of text messages saying the track was being held up because of clearance issues from DaBaby. 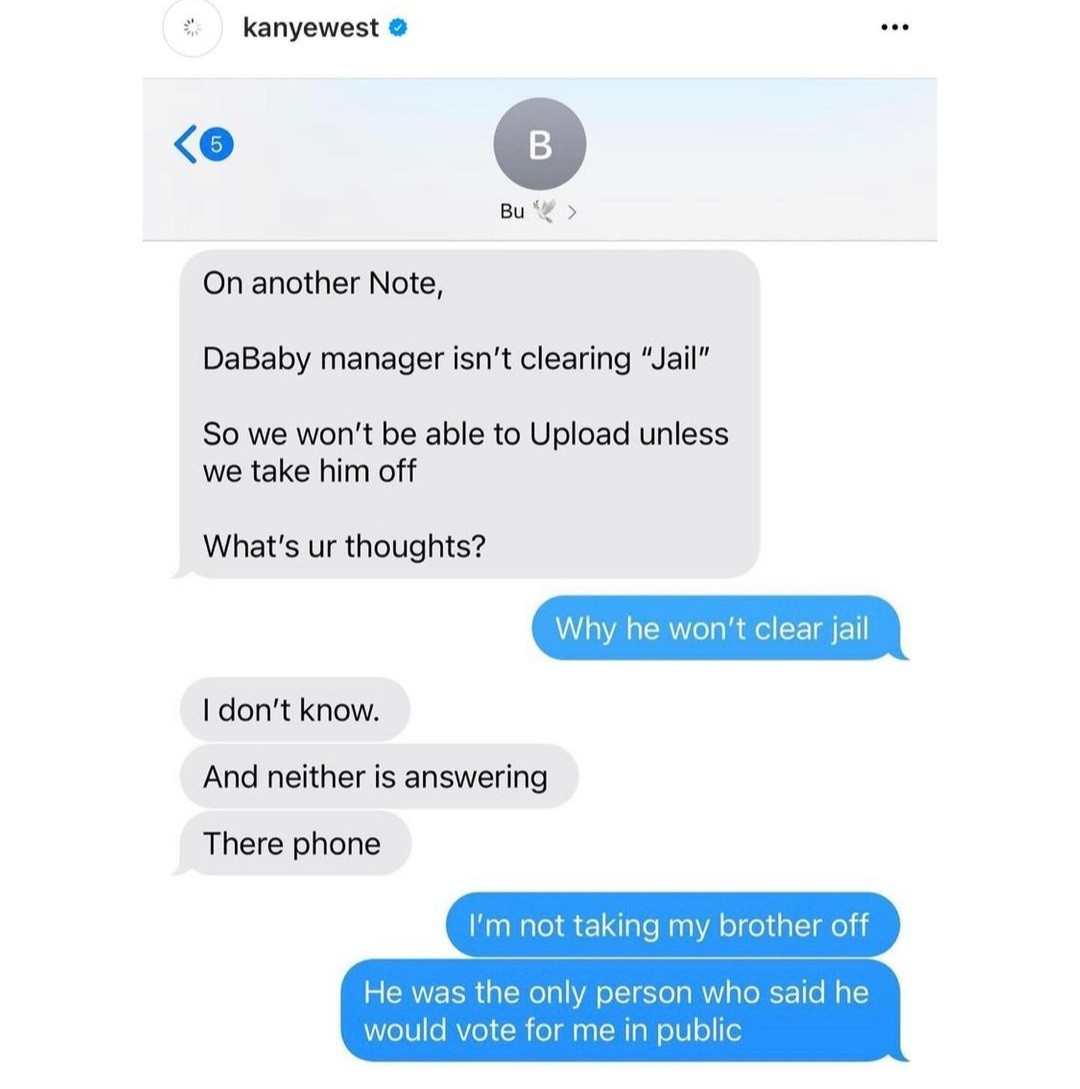 Typically, when a song on an album is blocked from streaming on a service such as Spotify, the song has not been cleared legally because of a copyright conflict or similar issue.

“Jail Pt 2” has been a cause for controversy over the past few days as it features both Marilyn Manson, who has been accused of sexual assault by several women, and DaBaby, who made headlines earlier in the month with his homophobic comments.

ALSO READ:  Before, I was just Wizkid a musician. But when I had my kids, I’m a father before anything else

Both Manson and DaBaby made appearances at West’s fourth “Donda” listening event on Thursday, August 26, in Chicago, causing immediate backlash on social media, especially when it was revealed that Jay-Z’s verse on “Jail” had been replaced by a new one from DaBaby.

However, when the album was released on Sunday, Fans were pleased to learn that Jay Z’s verse had been reinstated on the original “Jail.” 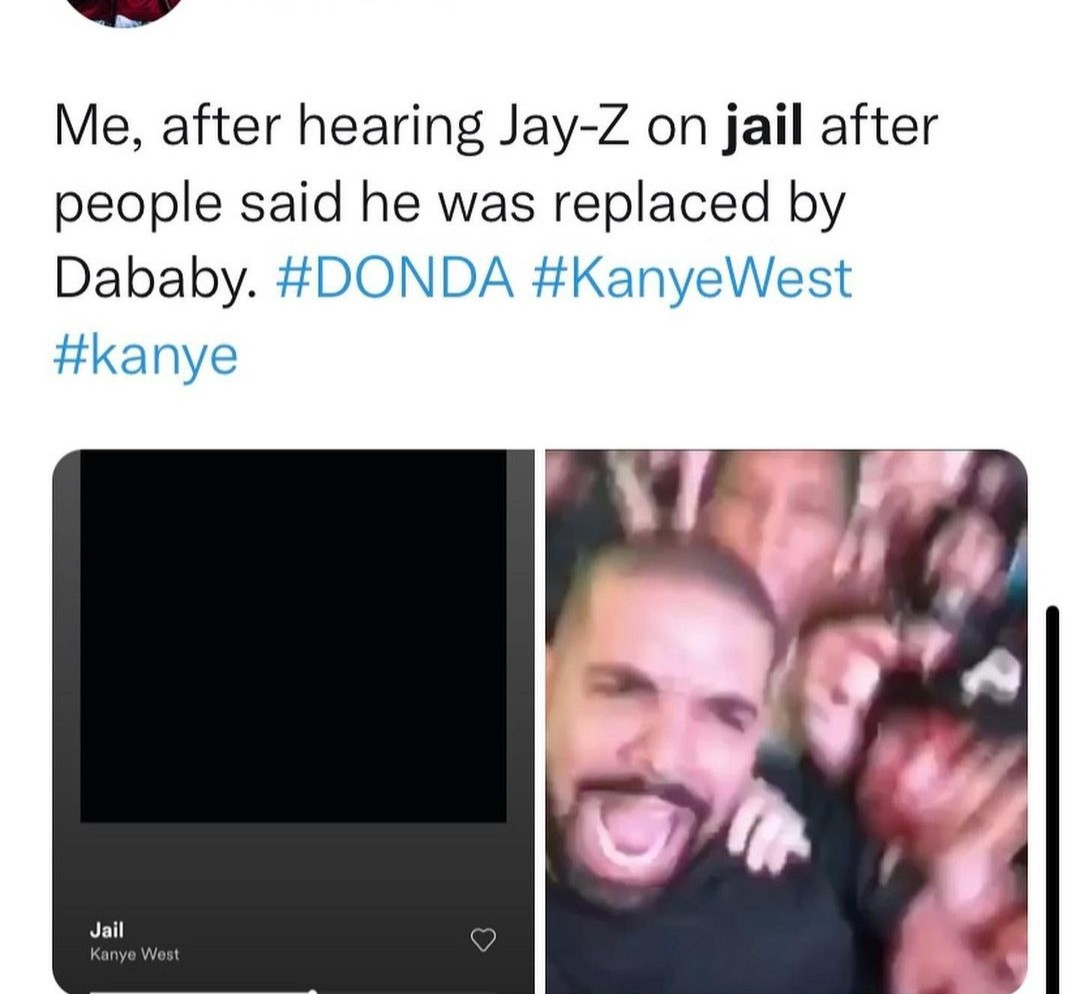 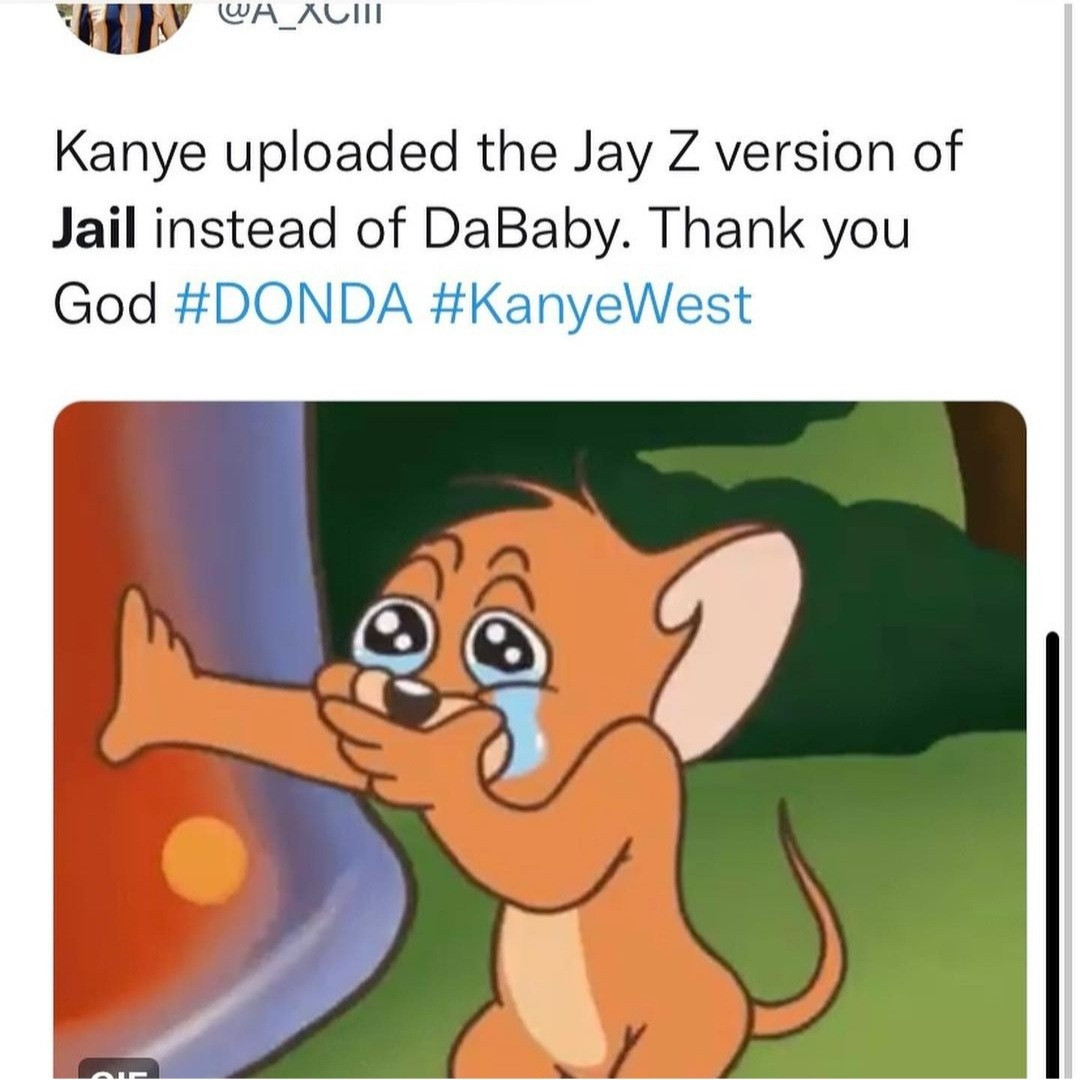