Lil Nas X has responded to the negativity his “maternity” photos elicited.

The gay singer shared photos of himself with a swollen belly and another of a sonogram as he announced the coming of his album, Montero

It received mixed reactions, with some praising him and many expressing outrage.

Responding, Lil Nas wrote on Twitter: “Let me get offline, all of this negative energy is not good for the baby.” 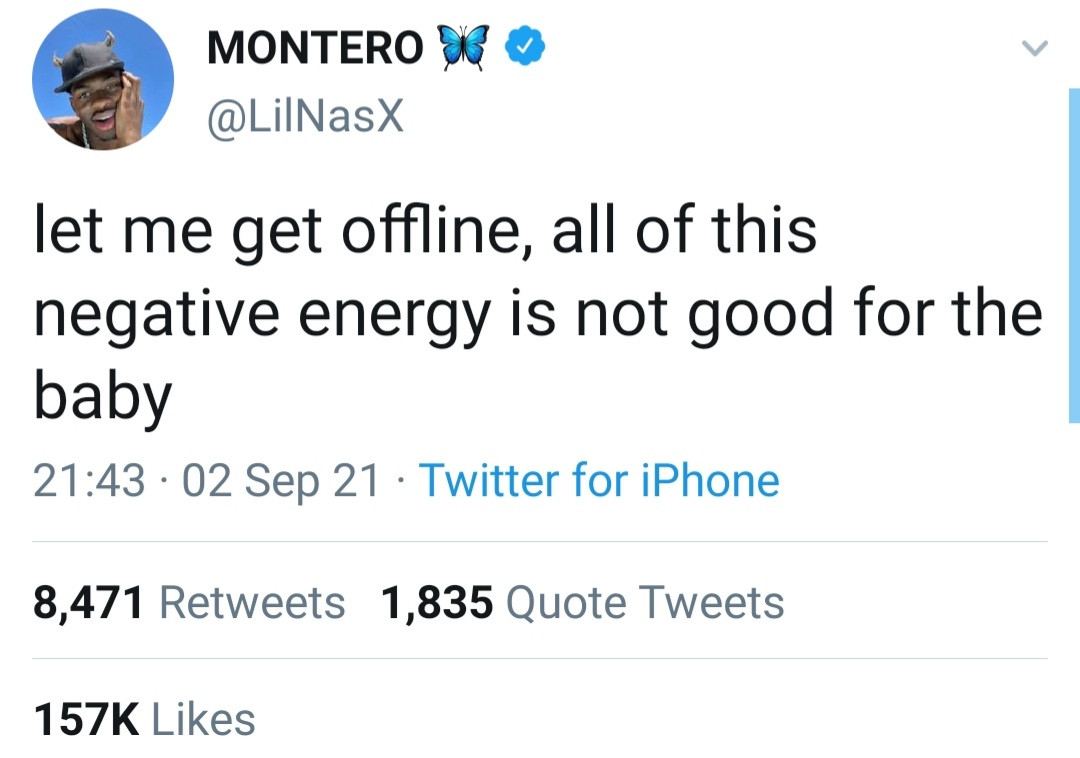