Actor, IK Ogbonna, was quick to respond to an Instagram troll who mocked his colleague and close friend, Alex Ekubo, over his recent crashed engagement and wedding plans.

Recall that Alex’s fiancee, Fancy Acholonu, announced their break up recently. The former couple got engaged in May and had concluded plans to get married in November this year. However, the engagement was called off and Fancy confirmed it.

Last weekend, Alex was in Cotonou where he bagged a doctorate degree from an institution.

ALSO READ:  Etinosa and Joro Olumofin drag each other - You make up stories about hot girls you can never get hitting on you

However, IK shared as photo of Alex, congratulating him on the doctorate degree. A troll decided to leave an unflattering comment on the post and IK wasn’t having any of it. See their exchange below.. 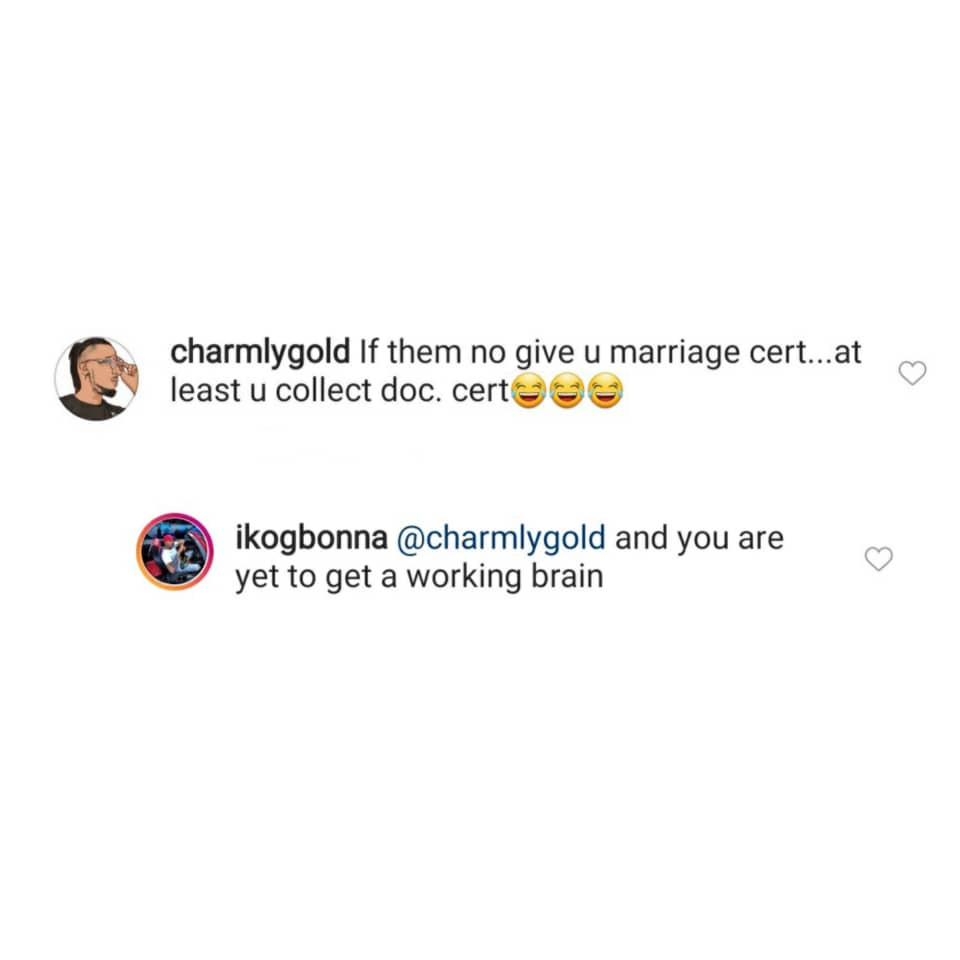